The Great Resignation and What We Can Do About It

The press has recently been discussing what appears to be a resignation crisis that we’re facing globally. After all, there are four million people who quit their jobs in April 2021 in the U.S., a twenty-year high. There were a record ten million job vacancies in June. A Microsoft study indicated that 41 percent of the global workforce are considering resigning within one year, and a Fast Company article suggested that number may be as high as 55 percent.

The implications of the resignation crisis are especially dire for professional services firms. I’m thinking of management consultancies, accounting, and law firms that have a partnership model in particular. Initially, the partnership model only worked if graduates knew they were on an eight to twelve-year journey to make partner, but what if those graduates don’t care about making partner anymore? The social architecture of the venerable ‘firm’ is crumbling.

But in just about any type of organization, the life-long corporate citizen is going the way of the dodo. Research from my book, Next Generation Leadership, has shown that Generation Y (or the Millennial generation) is considering leaving any given employer on average every two to five years. As a result, a number of long-held assumptions around how to retain talent are being overthrown. Since pensions aren’t what they used to be, with the inevitable transition from final salary to defined contribution schemes, and average salaries not growing concomitantly with inflation over the last thirty years, salaries and pensions are just not serving as the ‘golden handcuffs’ of yesteryear. Instead, my research indicates that the top factors at employee engagement today are development, culture, and purpose:

I frequently talk to firms who are seriously questioning their philosophy of work and the architecture of how they are composed. We have to reconsider the models in our organizations and think about how we can still imbue people with purpose and values so that they will stay a little bit longer, but also create those organizational designs that are not necessarily ‘up or out’. That aspiration must involve working on purpose and legacy, particularly with senior executives, those in the last trimester of their careers, who might otherwise be thinking, ‘Well, there’s very little else that you can teach me.’

I would want to get this stakeholder group together ask them to think about the type of firm that they wish to leave for their successors. How might it be possible to have more fluid movement in and out of the organization? In that way, top talent might include those who are en route to becoming enterprise leaders, or might become future clients, or might become suppliers or partners, or might ultimately want to work on a contractor basis. After all, over sixty percent of the world’s work is now organized according to projects.

Top young talent might even want to return as senior executives later in your company’s life. In other words, they might join two or three times during the course of their careers, coming in and out of your organization with greater dexterity than most companies would currently tolerate. It really involves rethinking how you work and how you are structured, but those difficult conversations have to begin now.

Adam is an author, teacher, facilitator, and consultant. Adam was previously the Regional Managing Director, Europe, for Duke Corporate Education. His book, Next Generation Leadership, was published by HarperCollins in February 2020.

Adam was an Associate of the Management Innovation eXchange and Saatchi & Saatchi for two years. He served on the steering committee for the European Foundation for Management Development (EFMD), which creates standards for and accredits corporate universities and learning functions. 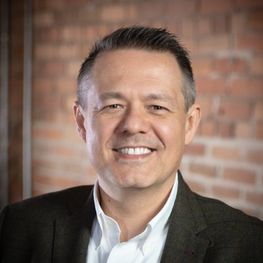 Adam is an author, teacher, facilitator, and consultant. Adam was previously the Regional Managing Director, Europe, for Duke Corporate Education. His book, Next Generation Leadership, was published by HarperCollins in February 2020. Adam was an Associate of the Management Innovation eXchange and Saatchi & Saatchi for two years. He served on the steering committee for the European Foundation for Management Development (EFMD), which creates standards for and accredits corporate universities and learning functions.

The Multiplier Effect | Coaching Impact & ROI For Your Business

Regimagining Work for a Hybrid World

Leader as a Connector in the Hybrid Workplace

We are here to help.

We would love to hear from you, and our team of experts are ready to help.

Fill out our form to be contacted.